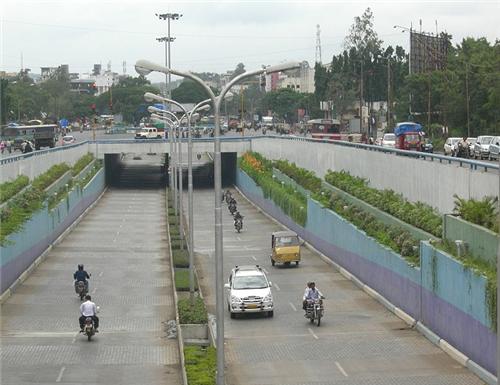 The twin cities of Pimpri-Chinchwad, governed by the Pimpri Chinchwad Municipal Corporation (PCMC), are located 15 km from the Pune city Centre in the state of Maharashtra. Widely known as 'Industrial Township', the Pimpri-Chinchwad area is also called ‘Detroit of the East’. It is home to over 4000 industrial units in the large, medium and small sectors, which include some of the most reputed MNCs and companies of the country. When viewed as a unified geographical unit, Pimpri-Chinchwad and Pune make up one of India's largest industrial areas, making it the second-largest industrial city in Maharashtra after Mumbai.

The fact that a large number of companies are operating in the area, has been a primary criterion for the area’s developmental profile in terms of huge demand for good infrastructure and residential properties. This has already spelt gold in terms of the Real Estate market of the area. Compared to Pune city, the PCMC area has a distinctive advantage of planned development. While Pune city still suffer from pollution, depleting greenery, traffic problems, water and electricity shortage and lack of proper infrastructure, the Pimpri Chinchwad area has definitely benefited from planned real estate development – but there’s a lot more

Blessed with rich cultural heritage and history, Pimpri Chinchwad is the birthplace of many freedom fighters like Chaphekar and Halbe.  This township is also the birthplace of Ganesh devotee & Saint Morya Gosavi whose holy tomb is located at Chinchwad.

Pimpri-Chinchwad is situated on the Deccan Plateau and is surrounded by hills.  It rises 560 meters above the mean sea level, near the meeting point of Mula and Mutha rivers. The Pavna River traverses the city, while the Indrayani River cuts through it on the north-western outskirts.

Accessibility to Pimpri Chinchwad by road is added advantage for its rapid development. Pimpri Chinchwad is situated on the confluence of NH-4 (the Mumbai-Bangalore highway) and NH-50 (the Pune - Nasik highway).  In fact, the PCMC area boasts of an extensive network of national highways to major cities like Mumbai (163 km), Nashik (202 km), Nagpur (880 km), Bangalore (835 km), Chennai (1166 km) and Hyderabad (548 km).

Rail connectivity played an important role in its business and economic growth. Pimpri Chinchwad is located on the Mumbai-Pune mail line. It has broad-gauge, direct connectivity to Mumbai, Bangalore, Chennai and Hyderabad.